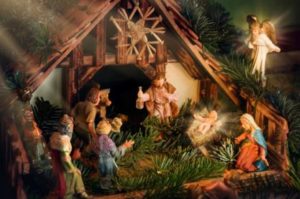 Living as a Prophet

At about this time last year, the world was abuzz with reports about a 16-year-old girl, Greta Thunberg, who dared to speak boldly and demand that WE (especially adults with power and a voice which had become silent upon such matters) participate in ending our dependency on fossil fuels.

The revolution and global activism she started grew out of one speech as a Ted Talk in Stockholm when she said, "What we do or don't do right now will affect my entire life and the lives of my children and grandchildren." Less than a year after this speech, she led more than 1-million students and adults in the Global Climate Strike.

When I first heard her Ted Talk, I had goose bumps, and I immediately thought, "this young woman is speaking prophecy." Keep in mind, prophecy is not some sort of fortune telling. When we speak of biblical prophecy, it is truth telling. It calls the people of God to look at themselves, their actions, and their decisions and how these things are not in line with God's plans and purposes for God's beloved people.

For me, Greta Thunberg was giving prophecy by telling the truth about how all of us are not taking care of God's creation in the ways we should.

The most prevalent messages of those offended by her message were... "How dare this young teenage girl dare to speak up and act so boldly." "How could the world be expected to take her seriously?" "Who did she think she was?" and the most succinct was "What teenage girl could really have that much influence in changing the course of history?"

That particular question--What teenage girl could have so much influence and power in changing the course of human history? is one I believe we confront with every Advent/Christmas season. The Gospel of Luke answers it clearly in the first chapter, verses 39-56.

In this Gospel narrative, we encounter an unwed, pregnant, teenage girl who had been chosen by God and gifted by the Holy Spirit to change the course of human history. Mary unabashedly proclaims that the child in her womb is indeed the Messiah. She affirms the nature of the Divine as the one who "has performed mighty deeds with his arm; he has scattered those who are proud in their inmost thoughts, has brought down rulers from their thrones but has lifted up the humble, and has filled the hungry with good things, but has sent the rich away empty. (Luke 1: 51-53)."

Mary understood fully the one to whom she would give birth, would be the Savior of the world. Even though it could have been at the expense of her own life (for as the scriptures remind us, Joseph could have dismissed her quietly or worse yet demanded a public stoning), she was willing to offer herself up to be a servant of God.

In many ways, she too becomes a prophet (a truth teller) and leader in her own right. I believe her story reminds us that regardless of our age, gender, circumstances, and station in life, the Spirit of God can work through us if we are willing to risk saying YES.

As believers or as those who have been called and equipped by the Holy Spirit to carry on the work of fulfilling the kingdom of God, we are called to be prophets (truth tellers) and leaders. The truth is when we say yes, there may be some backlash as some may question, "How dare they? Who do they think they are? Who are they to stand up and speak and act so boldly?" Yet, may we have the courage to follow the example of Mary and confidently say YES to allowing the Holy Spirit to work in and through us to reveal the nature and mission of Jesus Christ, our Lord and Savior.