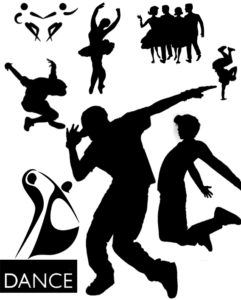 Recently my husband and I took my parents to see the play "The Buddy Holly story." The play ended with the event that happened on February 3, 1959. This was the day that rock and roll musicians Buddy Holly, Ritchie Valens, and J. P. "The Big Bopper" Richardson were killed in a plane crash near Clear Lake, Iowa, together with the pilot, Roger Peterson. At the time, Holly and his band, consisting of Waylon Jennings, Tommy Allsup, and Carl Bunch, were playing on the "Winter Dance Party" tour across the Midwest. Rising artists Valens and Richardson had joined the tour as well.

There have been many stories, plays and several movies written about this event. But there is one song that will forever be associated with this tragedy-the song "The Day the Music Died," written by Don McLean.

A long, long time ago
I can still remember how
that music used to make me smile
And I knew if I had my chance
That I could make those people dance
And maybe they'd be happy for a while

It was well known that Don McLean was a huge Buddy Holly fan. The widowed bride he refers to is Buddy Holly's wife. Long before I knew what the song was about, it was more than the catchy chorus (So bye, bye, Miss American Pie, drove my Chevy to the levee, but the levee was dry...) that intrigued me.

When I finally learned the story behind McLean's popular song, I realized it was quite theologically profound whether he intended it to be or not. In the ancient world, there was a belief that each person had a song and dance that was unique to them. On the day a child was born, the spiritual leaders would gather together to create a song and dance to reflect and honor that new life that was born into the world. During a naming ceremony, the song was sung and the dance was danced by the community to welcome the new person into their midst.

The Old Testament, especially within the book of Psalms, includes many songs, prayers, and litanies, which speak of one's song and one's dance. Expressing one's song or dance in the presence of the Lord was seen as a way to praise God and give God thanks. In a very real way, the act of singing and dancing is the act of being fully alive.

Don McLean's phrase "the day of the music died" could easily be a description of the act and ritual of what the ancient world believed in-that when you died your song and dance died with you. Another way of thinking about this is that your song and dance symbolized your living.

What is your life song? What is the dance of your life that is unique to you?

Singing OUR life's song and dancing OUR life's dance is the praise and gratitude we can offer up to God. May you allow the world to see, hear and experience your unique life song and dance. May the music of your life be fully alive in you.