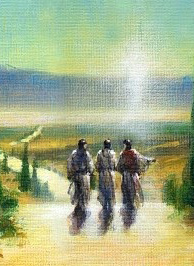 Several years ago, as a parish pastor, I went to the hospital to visit with a family as they were waiting for their loved one to come out of surgery.  We talked for a while and then one of the sons, who is not a member of the church I was serving but someone I had met several times before, came up and starting talking about the church.  He then said to another sibling that he was always so impressed by how the minister of the church was so good at visiting her members, and so he was surprised that she was not there, but she would probably be coming soon.

The rest of the family looked uncomfortable and I said, “Oh who are you talking about?” The son’s response was, “The minister at my mom’s church.” To which I said, “Oh, that’s me.  Good to see you again.” He did a bit of a double take and then recognized me. It was a good thing he was saying nice things about me and the church, or it could have been a very uncomfortable situation. But the truth was that he was so distracted by his own worry and fear, he really did not see me even though he was looking right at me when he talked about the minister of his mom’s church.

The same was true for two believers as they were traveling on the way to Emmaus. They did not recognize that the stranger in their midst was the one they had been talking about.  And so when Jesus says, “What are you discussing with each other while you walk along?” I would imagine that he might have found it a bit amusing. Yet, there is much more to this story than them not recognizing Jesus. 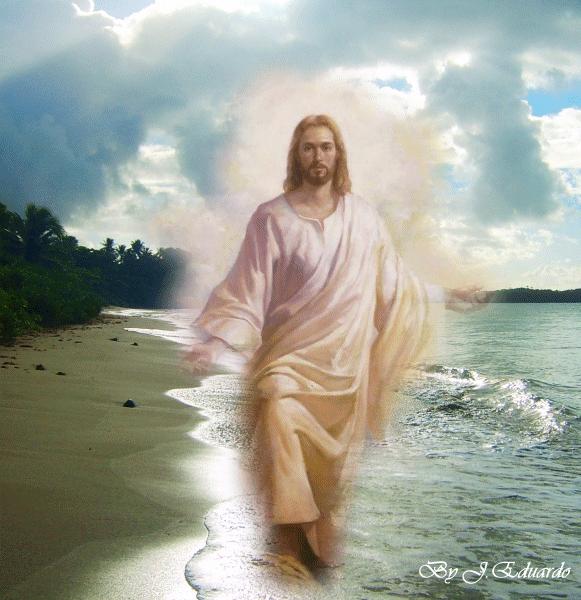 For me the incredible message for us is that
Jesus is there, ALWAYS
even when we least expect it,
even when we are not looking for him,
or even when we take it for granted that he promises to ALWAYS be there for us in EVERY situation

That is the incredible message of the day of Resurrection…
Jesus returns from the dead and meets his disciples in different places:
the garden,
the Emmaus Road,
the seashore,
the Upper Room.

He witnesses to them that he is alive,
He will be present with them,
Present with us-ALWAYS…
He isn’t content to send them a postcard from heaven:
“HAVING A GREAT TIME. WISH YOU WERE HERE.”
No!!  He shows up.

As Charles Hoffacker in the book A Guy With Body writes: “He shows up among them as his own witness.  And he recruits as witnesses those other people with bodies. He wants them to move out and tell everyone who will listen, and everyone who won’t, that bodies count; that he’s back from the dead with a body, threatening them with life. Those who recognize his witness become witnesses themselves. They put their bodies on the line. They become contagious with the forgiveness they’ve caught, carriers of resurrection.”

Hoffacker continues… “That’s what this back-to-life Jesus wants of us: not names on a list, or what someone has called ‘pew potatoes.’ Jesus wants us as witnesses. Not airy spirits or pious ghosts, but bodies like his own with wounds to show, bodies that witness to resurrection, threatening the world with life.”

When our eyes are opened, when we experience the presence of the living Lord in our lives, we are called to share. This is how the work and ministry of Jesus Christ continues-through us! The truth is people are looking. People are searching. People need Jesus.

As Barbara Brown Taylor in her book An Altar in the World puts it, “In an age of information overload…the last thing any of us needs is more information about God. We need incarnation, by which God saved the lives of those whose intellectual assent has turned them dry as dust, who have run frighteningly low on the bread of life, who are dying to know more God in their bodies. Not more about God. More God.”

Friends, people do not need to hear more about Jesus. They need more Jesus. In Illinois South Conference, in our churches and in our communities, let us be willing to share. Let us be witnesses, carriers of the resurrection in the world.